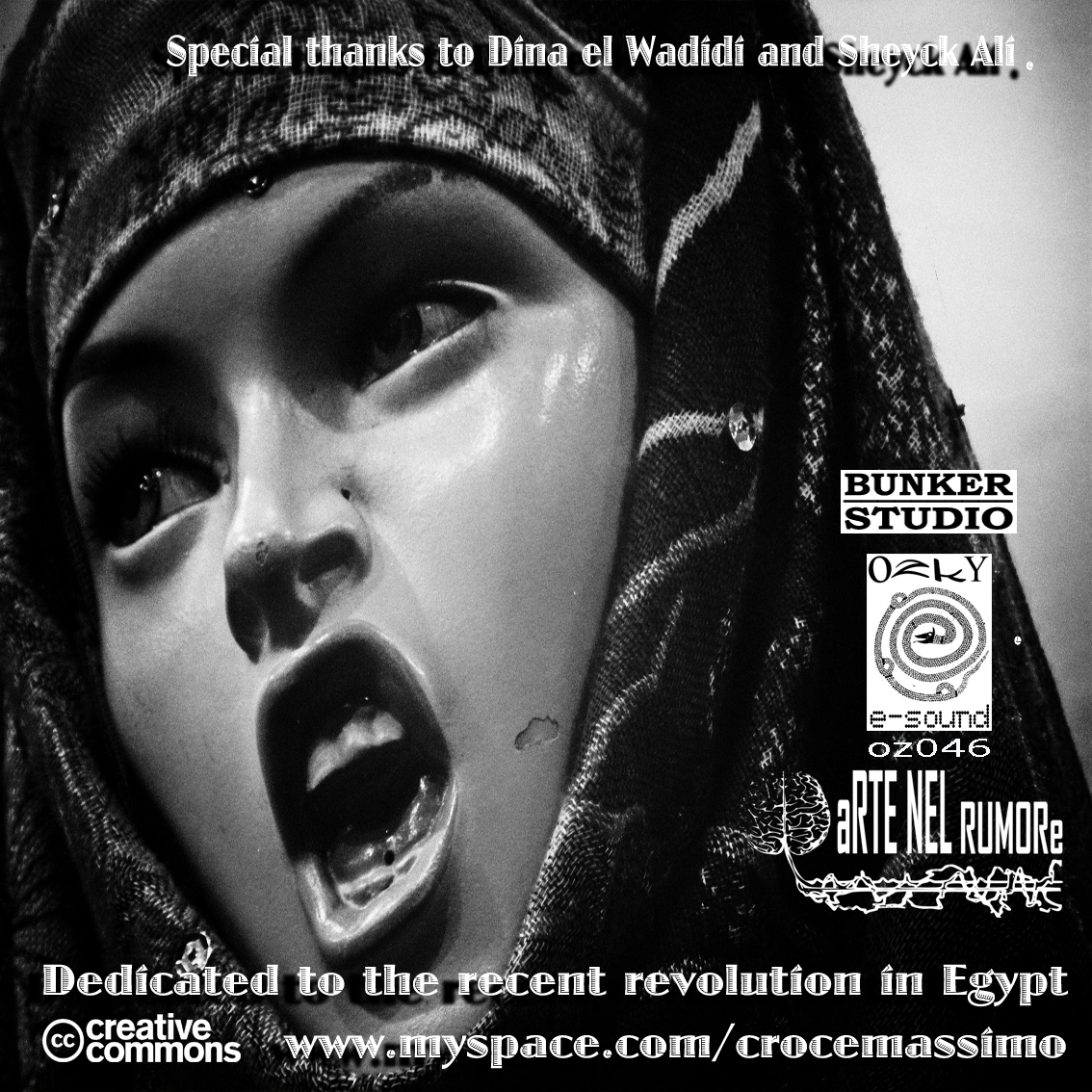 Immerse yourself in the deafening sound of the heavy traffic, walking transported from the continuous flow of millions of people, dry throat and difficulty breathing in the air without oxygen: the human being at the end of the world. Yet the perception of an ancient culture full of a deep spirituality that surrounds everything. All the sounds of this work were recorded in Cairo. Special thanks to Dina el Wedidi and Sheyck Ali. This work was recorded during the live performance at the Festival of Topolò Italy. Dedicated to the recent revolution in Egypt. To watch the video Cairo [(in)] Breve: Cairo in breve VIDEO Music by Massimo Croce Photo and art work by Magda Zuliani Massimo Croce biography: Massimo Croce was born in Ferrara, Italy 1966, has been living and working in Cairo since 2001. Inspired by the work of futurist musicians of the early 20th century such as Luigi Russolo, Croce celebrates "noise" as an additional element of "sound" that could be utilized in the creation of musical pieces. His music (almost a misnomer) involves the desynchronization of somewhat distorted sounds. escribing his work pattern, Croce explains that he walks the streets of Cairo with a voice recorder, recording everyday sounds to which the average Egyptian on the street is oblivious. Callers at the bus station, street vendors, the familiar bustle on the Cairene streets, all draw a smile on his face while others may huff and puff about the annoying sound level. "Normally, noise is looked upon as something annoying. Yet, we have always been living with noise," Croce said. As a matter of fact, Russolo, his role model said the same thing almost a century ago. Further information: www.myspace.com/crocemassimo Stazione di Topolò